To share your memory on the wall of Lewis Davis, sign in using one of the following options:

A receipt has been emailed to the address provided. A receipt may also be printed.

Print
Reverend Lewis Davis, 93, of Olive Hill, Kentucky passed away, Thursday, October 24, 2019 at his residence.
Lewis was born October 10, 1926 in Grahn, Kentucky; a son of the late William and Morita Erwin Davis.

In addition to his p... Read More
Reverend Lewis Davis, 93, of Olive Hill, Kentucky passed away, Thursday, October 24, 2019 at his residence.
Lewis was born October 10, 1926 in Grahn, Kentucky; a son of the late William and Morita Erwin Davis.

Lewis was of the Christian faith and was ordained in 1983. Lewis was the minister of Gregoryville Christian Holiness Church for thirty-three years and had served on the executive board of the Kentucky Christian Conference. In earlier years, Lewis was a salesman for Fred Levisay Ford in Grayson, as well as, long standing insurance agent with Life and Casualty Company where he received many top honors as the #1 agent. Lewis served in the United States Marine Corp. He served on the board of directors for Sparks Funeral Home for over forty years and later as an honorary board member.

He is survived by his wife, Geneva Grace Littleton Davis; two sisters – in – laws, Betty Plummer of Olive Hill, and Anna Kay Littleton, of Olive Hill, Anna Kay was his caregiver and whom he thought of as a loving daughter; a brother –in – law, JC Littleton of Olive Hill.

Funeral services will be Sunday, October 27, 2019 at 2:00 p.m. at the Gregoryvile Christian Holiness Church, Jackie Hinton and William Logan. Entombment will be in the Littleton Cemetery.

To send flowers to the family or plant a tree in memory of Lewis E. Davis, please visit our Heartfelt Sympathies Store.

We encourage you to share your most beloved memories of Lewis here, so that the family and other loved ones can always see it. You can upload cherished photographs, or share your favorite stories, and can even comment on those shared by others.

Posted Oct 27, 2019 at 02:10pm
Lewis Davis was one of the best people I have ever had the privilege of knowing. When I heard that he had passed I said, thank God. His days of suffering are over. He has entered a place where he had talked about and preached about for years. I know the Lord and many loved ones welcomed him home with open arms.

Posted Oct 26, 2019 at 03:11pm
My uncle Lewis was a kind and wonderful man who had a strong faith in the Lord and would help anyone who needed it. From sharing Christmas with us as children, to supporting my parents and myself, he was always willing. I loved him very much and will miss him.
Comment Share
Share via:
LH 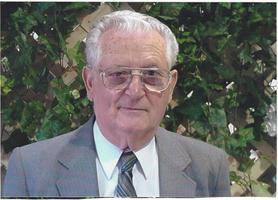