To share your memory on the wall of John Dale, sign in using one of the following options:

The gesture that can change the world

Mr. Dale was retired from the United States Army, Command Sargent Major 123rd ARCOM, and had worked at Jones & Laughlin Steel Company in East Chicago, Indiana. He was a life time member of the American Legion Post #261, Cedar Lake, Indiana, member of the NRA, and was an avid Chicago Cubs fan. He was of the Baptist faith and attended the Barretts Creek Baptist Church
.
He is survived by his wife, Anna Lois Dale of Grayson; a son, Anthony (Marilyn) Kulczyk of Dyer, Indiana; three daughters, Deborah (Russell) Caine of Gilbert, Arizona, Jacquelyn (Dale) Pruim of St. John, Indiana, and Laura (Randall) Shepard, of Valparaiso, Indiana; a brother, William Dale of Lafayette, Louisiana; two stepsons, Bill (Andrea) Lewis of Grayson, and Chuck (Bertha) Lewis of Texas; and nine grandchildren and four step-grandchildren; eight great- grandchildren, and three step-great-grandchildren.

Visitation will be Monday, October 21, 2019 from 6:00 p.m. to 9:00 p.m. at the Sparks Funeral Home in Grayson. A funeral service will be conducted at 8:00 p.m. during visitation hours by minister, Tom Swartzwelder. Burial will be Thursday, October 24, 2019 at 1:00 p.m. at Chapel Lawn Cemetery in Crown Point, Indiana with full military honors.

To send flowers to the family or plant a tree in memory of John Richard Dale, please visit our Heartfelt Sympathies Store.

Provide comfort for the family by sending flowers

Guaranteed hand delivery by a local florist
AT

Posted Oct 25, 2019 at 02:36pm
I would like to send my Prayers & condolences to John's family and friends for their loss. John and I worked together at Youngstown Sheet and Tube Co. aka, Lykes Steel, J & L Steel, Republic Steel ( multiple mergers ). He, brother Bill and many other employees like myself bowled together in the company league. All very competitive! John knew I had served 2 years active duty in the Army 1961 thru 1963 and wanted me to join his Reserve Unit in East Chicago, Indiana- He said he couldn't wait to get me into his unit to show how a real Sargent Major would treat me. John also like to shake your hand as hard as he could (his vise like grip) and have a wide smile as he was doing it. John was someone very, very special. He was dedicated to everything he did - 110% !!
My Prayers and thoughts are with all John's Family and friends.
The LORD"S PEACE be with you all,
Allen Truhn
Comment Share
Share via:
M

Posted Oct 22, 2019 at 09:15pm
I had the pleasure of working with John at Montgomery Ward in Munster, Indiana. He was a great member of our team. My condolences to John's family. RIP 🇺🇸
Respectfully,
Margie Salazar
Comment Share
Share via:
S(

Posted Oct 21, 2019 at 11:09am
It has been my honor and pleasure to have crossed paths in my life's journey with CSM John R. Dale in the early 1980s. Straight away, I realized he was a true person of understanding of rightness. Someone who honestly cared and shared missions with those he was charged with influencing. His insight into dealing with people allowed for the command to view duties and responsibilities with a clear understanding of each individual's impact on the command's mission.

Since those years, I have never forgotten him nor his persona. I last spoke with him by phone a couple of years ago. He, as well as I, related to each other our fond memories from our service in the 123rd USARCOM. I remain forever grateful for having been selected by him as NCOIC of the multiple Army Reserve Commands Prep-Train program. It was among the most significant challenges of my military service.

My deepest and most sincere condolences to CSM John Richard Dale's entire family, on learning of his departure from this earthly life. For this great man, soldier and leader, I pray: Eternal Rest, grant unto John Richard Dale, Oh Lord, and let perpetual light shine upon him. May the souls of the faithful departed, through the mercy of God, rest in peace. Amen. 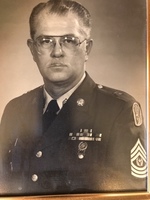 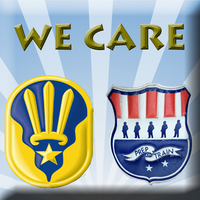